It`s not much hope to find intelligence when water is a prerequisite for life. It`s like trying to find intelligent dumbness. It doesn`t exist. Bye, bye dumb planet. You`re wasting my time. I`ll return when global warming has evaporated the oceans into space and left the planet ready to dry. Maybe then intelligent life can start grow on earth, if not - we`ll cultivate some.

They don`t have liquid walls on earth?! They use hard walls, so your actually gonna knock your yourself out if you try to walk through it. To solve this problem humans have invented doors. The doors are everywhere. They are so popular even a pop group is named up after them. The concept with the door is to provide an opening in the wall where humans can walk through without having to destroy the whole wall. It actually opens. Making a hole in the wall, that is open for a short period of time. In this time frame perople can walk through it. Usually this this time frame lasts for a few seconds before the door closed and becomes part of the wall again. Only selected people are allowed to enters doors. And this selection happens with keys. The people approved worthy of door entering gets a key who opens a lock in the selected door. This key givens them 24 hour access to this door. Popular doors have heavy locks, less popular doors have smaller locks and some doors don`t have locks at all. Usually cause their so unpopular nobody  wants to got there. The really popular doors have armed guards to keep of all the people who wants to get in. Others have bouncers who charge money to get inn. And some are thrown into doors they don`t wanna walk through.  Then there`s electric doors who doesn`t give shit who you are. There is a door for everyone.

I find it particularly interesting how humans have developed a way to communicate with each other on a global scale and choose to talk about fever. Earth`s temperature is give and take 6 thousand degrees. I find it hard to believe one or to degrees off scale would cause any harm to anyone. What makes it interesting it`s the fever itself, but the way earthlings look at themselves as the planets saviors. As if not earth knows what`s best for itself?! It got about 5 billion years of experience being a planet. A 19 year olds brain doesn`t seem like the right antidote if you ask me. I can`t imagine earth, as its flying through space, suddenly goes "I`m 6001 degrees, that`s 0001 more than normal", parks the planet out in orbit and yells "EMERGENCY! Get me Al Gore. Al, I need you to save me. Only you have to ability to convince the human race that it`s their fault I`m 0001 degrees too hot. Can you do that for me Al?" "Yes, earth". Say no more... I think God created man to create God.

It`s a substance made of mainly water mixed with a little bit of salt. It`s smeared around the globe to make the planet fly more aerodynamic through space. Whoever did it must have been in a terrible hurry cause they left out one fourth of the planet. Thanks to this shit job the planet flies in circles around the sun. The mountains sticking out prevents it from flying though space in a straight line. That why their so far behind. Everything goes in circles. Newer making progress and moving forward. Always a new day. Always the same 24 hour time limit. No wonder they haven`t developed intelligence yet when they fall asleep and have to start all over again every day. Doesn`t leave much room for developing anything else than memory. some species are so obsessed going down memory lane they have created history where they freaking write down the past. They study backwards! And they even disagree about who created the right version of past. The winner is always the one who weren`t there. Being there doesn`t seem to be a qualification, but being miles away does, and living in another time and place gives authority. Why all the fuzz about the past when it`s here and now that counts? Some creatures seem to have understood this. They keep no record of what has been. Neither do they make predictions about what is to come. they just live. And thats what this planet is all about. Life. 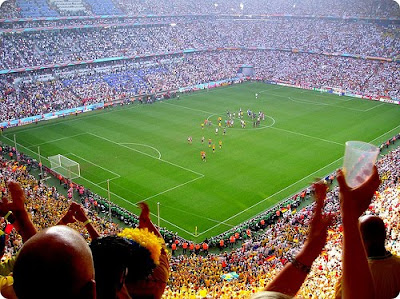 150.000 people jammed into this confined space and 22 of them
get to run around on a pitch the size of a fucking cornfield?!

Water is the single one most stupid substance on earth. Even dumber than rock... It doesn`t have a will of its own, it`s just pure stupid. There is no brain activity or thinking proccess here. It just floats around and follow whoever wherever. The wind, heat, cold, gravity all take advantage of the water and it doesn`t even seem to mind. This is how stupid water is. You can even drink it and it doesn`t care, not even when you piss it out again. Totally ignorant to humiliation. It doesn`t seem to be aware that their nearly dominating the planet. Their fucking everywhere. In the sky, the ocean, the wind, icebergs and you can`t tell the fucking difference between the raindrops cause they all look a like. Its like looking for a needle in the haystack. And its wet to so your gonna be all sucked up if you get in touch with it. But it goes away, it doesn`t leave any watermarks or anything.
Like air, it has no control over its shape, speed or movement. It can drown a continent without being aware of it only to fly off into the air and travel with a cloud to the other side of earth and carpet bomb another continent with drops of rain. Most times it actually rains on itself. Playing both sides  as the attacker and the attacked. Nearly genious strategy cause you always win, problem is you also always loose.
To sum it up. Water is so low in the food chain it doesn`t even know how to eat. It can`t even boil itself without the help of fire. One thing is pretty amazing though, that it somehow doesn`t fly past the clouds when it goes up in the air. If it took the whole ocean with it it would leave earth pretty dry:-)

The first thing that hits my head as I approach earth is an airbag cloud. Pretty old fashioned. I would expect an electro magnetic airport by now, but hey, it works! It smoothens the intergalactic landing. I hate planet crashing. You know, all the earthquakes and blah blah blah blah blah. I prefer landing in soft mountains, but oceans will do. It`s actually why I signed up for this planet. I hate it when it`s just rocks. Hurts my back. Rumors around the universe has it that the last guy who went here wiped out the dinasours. Apparently he had a headache for 200 years from the crash.

First thing that strikes me is all the water. This planet is covered in liquid. Whoever lives here now must be very thirsthy. Strangly enough it`s the same water as when my great great great great great great great great great great great great aliens and my not so great grandalien lived here. It`s just that it`s so much more of it. It must have rained a lot. My parents told me great stories about how they threw the water back up to the sky and went surfing on the rainbow. Hmmm. I don`t have time for that now. I gotta find intellience before spacetime. Don`t wanna miss that. But I must say I`m impressed by how smooth the clouds steal water from the ocean. Can`t see a damn thing and in bright daylight! Pretty smart, but thats not intelligence, thats greed. The clouds newer get enough. They eat and eat and eat utill it goes straight through them. Newer learn... Earth does not make a good first impresson. I thought they atleast had re-invented the sparkling ocean. Or the skyrail. No floating houses in the sky. Nobodys walking in the athmosphere or making out in the clouds. O Spacebrother Where Art Thou? 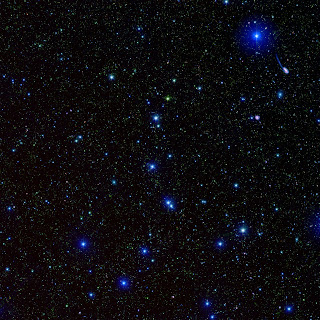